Sue Klebold speaking to an audience about mental health and self-care at the Wunderley Gymnasium on October 2, 2019.

MCKEESPORT, Pa. – Sue Klebold, mother of Dylan Klebold, an active shooter in the 1999 Columbine shooting, spoke to a crowd of over 200 people at Penn State Greater Allegheny's Wunderley Gymnasium on Oct. 2.

The Staunton Farms Foundation, a non-profit organization focused on helping people with mental illnesses around ten counties in southwestern Pennsylvania, sponsored the event.

Klebold remarked that there is no way to really measure the impact a tragedy has on a communiity. The victims go beyond those who died and those who were treated at the hospital. She talked about the impact on the families, on the first-responders, even the other patients who were in the hospital that received victims from the shooting.

Audience members learned that Klebold’s day-to-day activities were altered after Columbine due to the threats, fears and media attention she and her family received. “It was dehumanizing,” Klebold stated.

"When people ask me ‘how could you not know,’ that used to feel like I was being punched," she added. "I don't know how, I don't know. Everything I believe taught me that if I was a loving parent, and I was the kind of person my kids would talk to, they would be there for me and I would be there for them. They wouldn't have these feelings. They couldn't possibly do what Dylan did." 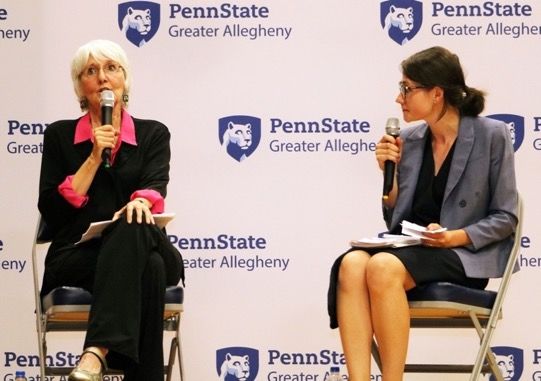 Klebold suggested to the audience how to listen to people we love.

“I don’t think, as a society, we are good listeners,” said Klebold. “I urge all of us to listen differently to those we love. Otherwise we are effectively denying our children their feelings. We are arguing with them about how they feel.”

At the conclusion of Klebold’s remarks, Mila Sanina, executive director of PublicSource, moderated a question-and-answer session with questions coming directly from those in attendance.  Klebold had the opportunity to stress the importance of connecting with mental health professionals when the need arises. 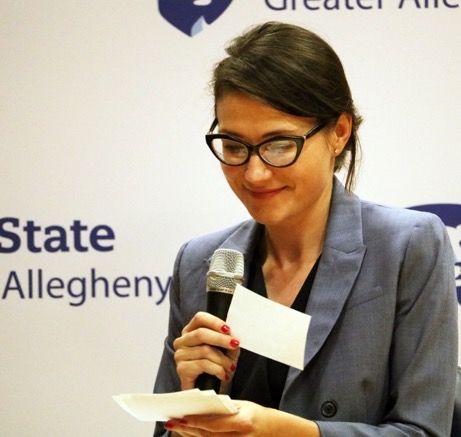