An Evening of Excellence

An Evening of Excellence is sponsored by generous alumni and friends of Penn State Greater Allegheny.

On Friday, September 9, Penn State Greater Allegheny hosted "An Evening of Excellence" at the Omni William Penn in downtown Pittsburgh to celebrate scholarship and service and raise funds for student scholarships and campus initiatives.

A highlight of the evening was presentation of awards to alumni, volunteers and community organizations who demonstrate outstanding commitment to Penn State Greater Allegheny.  This year's award recipients include:

Mark R. Gruskin, Ph.D. - Distinguished Alumni Award
Dr. Gruskin is an Associate Professor of Finance and Accounting at Penn State Lehigh Valley in Center Valley, PA.  In addition to teaching finance and accounting to students majoring in business, he is engaged in research on firm capital structure decisions and the role accounting fundamentals plays in stock price formulation.  He spent 27 years at Ford Motor Company in finance and management positions.  Prior to his retirement from Ford in 2007, he was Manager of FORDSTAR and responsible for the operations of a business unit with yearly revenues of $45 million.  Dr. Gruskin received his B.S. and MBA from Penn State and his Ph.D. from Wayne State University in Detroit, Michigan.

The Penn State Greater Allegheny Class of 2020 - Distinguished GOLD Alumni (Graduates of the Last Decade)
When the university moved to remote instruction and operations in March 2020, the spring graduates were two months shy of completing their degrees.  They did not have the opportunity to enjoy their final weeks on the campus they called home for four years, nor spend time with the friends they made along the way. Neither they, nor the summer or fall graduates had the opportunity to attend in person commencement ceremonies as the pandemic prevented large, in person gatherings.  Despite these set backs, they persevered and completed their degrees. They will be long remembered by the campus as a distinguished and resilient group of individuals who exemplify what it means to #BeGreater.

Edwin R. Crawford Trust - Foundation Partner of the Year
Philanthropist Edwin R. Crawford was born in 1870 on a farm in Mifflin Township, which is now comprised of the municipalities of Clairton, Duquesne, Dravosburg, Hays, Homestead, Jefferson Hills, Lincoln Place, Munhall, Pleasant Hills, West Homestead, West Mifflin, and Whitaker.  In 1903, Mr. Crawford founded McKeesport Tin Plate in Port Vue and employed more than 3,000 people.  It was the largest and most successful independent steel company in the world, second only to the much larger U.S. Steel Corporation in production of plate.  Mr. Crawford appreciated where he came from and understood the importance of giving back to his community.  He died in 1936 and through his Last Will and Testament, set up a charitable trust to benefit local individuals and charities, including religious, educational, charitable, public and other deserving organization in the Mon Valley Area.  Penn State Greater Allegheny is honored to be among the organizations supported by the Edwin R. Crawford Trust.

The City of McKeesport and Mayor Michael Cherepko - Community Partner of the Year
Mayor Cherepko and the City of McKeesport are proud to serve as partners with Penn State Greater Allegheny.  The community innovation partnership between the campus and the city, known as The Mon Valley LaunchBox, defines economic challenges and opportunities in industrial and post-industrial communities throughout the Mon Valley.  Through this partnership, a business incubator has grown to help prepare a generation of workers to take on active roles in this region's revitalization. 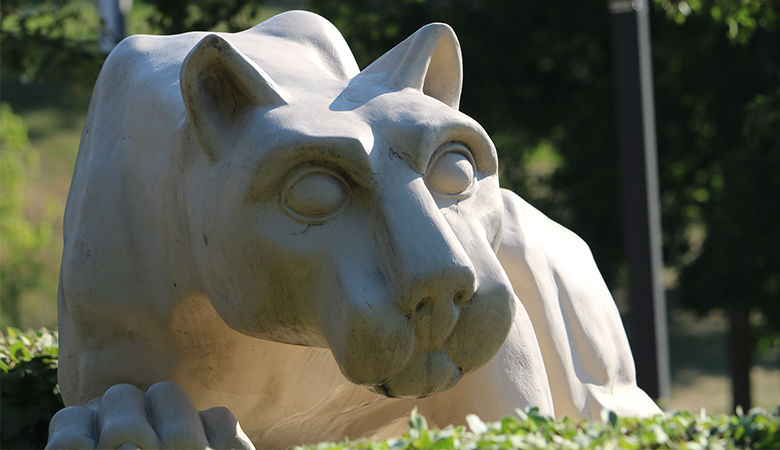 Add Us to your Social Network!