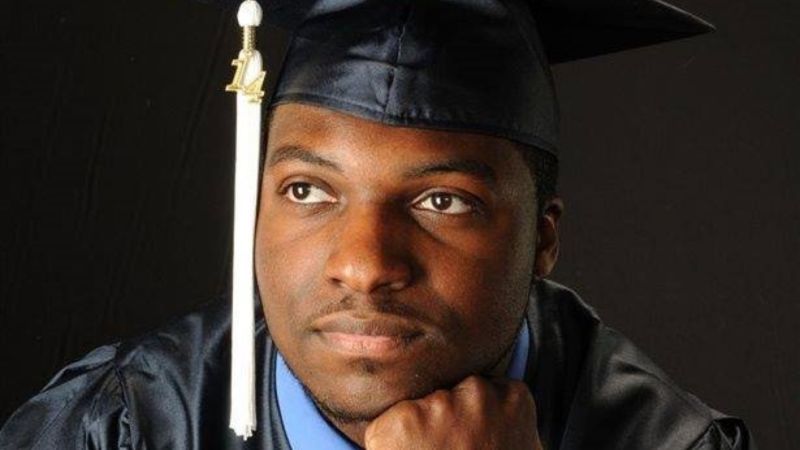 Meet alumni Jordan Boyd, who graduated in 2014 and is now working at General Motors as a software developer, and many more of our recent alumni.

We invite you to experience what makes Penn State special! At the Penn State Day Fall Open House on Saturday, October 15 beginning at 10:00 am, we will provide you with the know-how of navigating the world of admissions, financial aid, and campus life. Meet some of our recent alumni. 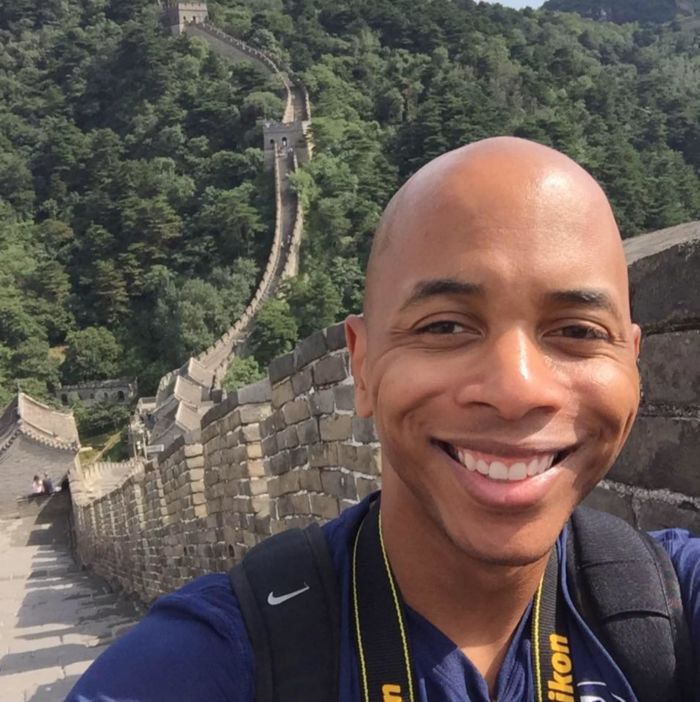 Dion is a Senior Compliance Analyst at DICK’s Sporting Goods located in Coraopolis, PA. In 2004, Dion moved from Vandergrift, PA  to attend Penn State Greater Allegheny—primarily attracted to the Penn State brand, but also drawn to cost savings of a Commonwealth campus,  the proximity to the city of Pittsburgh, and the sense of community offered by the campus.

During his time at Penn State, Dion studied Corporate Communications and took an active role in student life, including leadership roles in student government, THON—Penn State’s Dance Marathon, and later serving as a Resident Assistant in the campus dormitory.  In early 2008, Dion was part of a team that won first place in the Course-Based Research at the Schreyer Honors College Annual Undergraduate Research Exhibition and he later had an opportunity to present the research findings at the International Society for Exploring Teaching and Learning (ISETL) in Las Vegas prior to graduating in Fall 2008.

Since graduating from Penn State, Dion has spent a majority of his career working in Ethics and Compliance for companies including H. J. Heinz Company and DICK’s Sporting Goods. 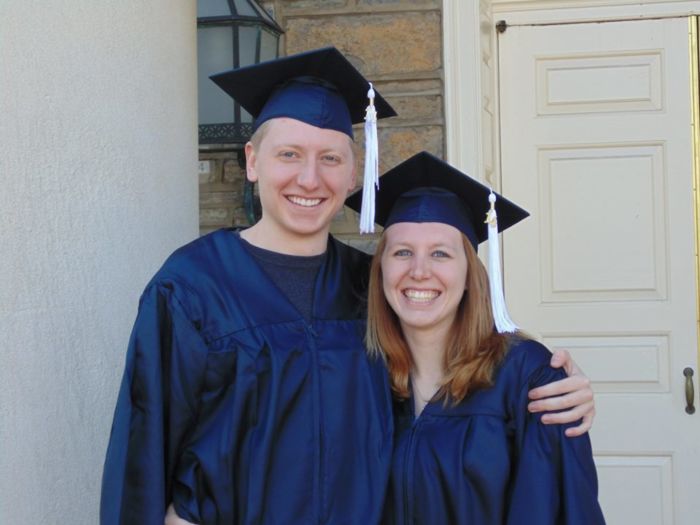 Steven started Greater Allegheny as part of the 2+2 program in the fall of 2010, and, after two years, transferred to Penn State Behrend where he completed his degree. He graduated in May 2014 with a degree in Software Engineering, and a minor in Computer Science. Steven currently works as a Software Test Engineer for Bettis Atomic Power Laboratory.

Also a part of the 2+2 program, Sydney began her college education at Greater Allegheny in the fall of 2010 and finished at Penn State University Park. She graduated with a major in Electrical Engineering in May, 2014.  Sydney currently works as an Electrical Engineer for Bettis Atomic Power Laboratory. 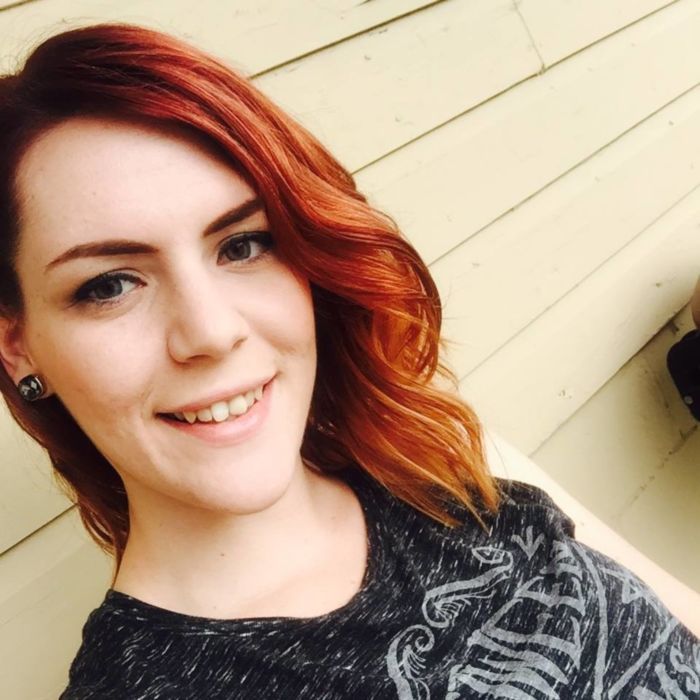 Sarah graduated from Penn State Greater Allegheny in 2011 with a Bachelor’s degree in Psychology and a minor in business.  She went on to Indiana University of Pennsylvania where she earned her master's degree in Student Affairs in High Education in 2013.  She is currently working at Carnegie Mellon University in Housing Operations. 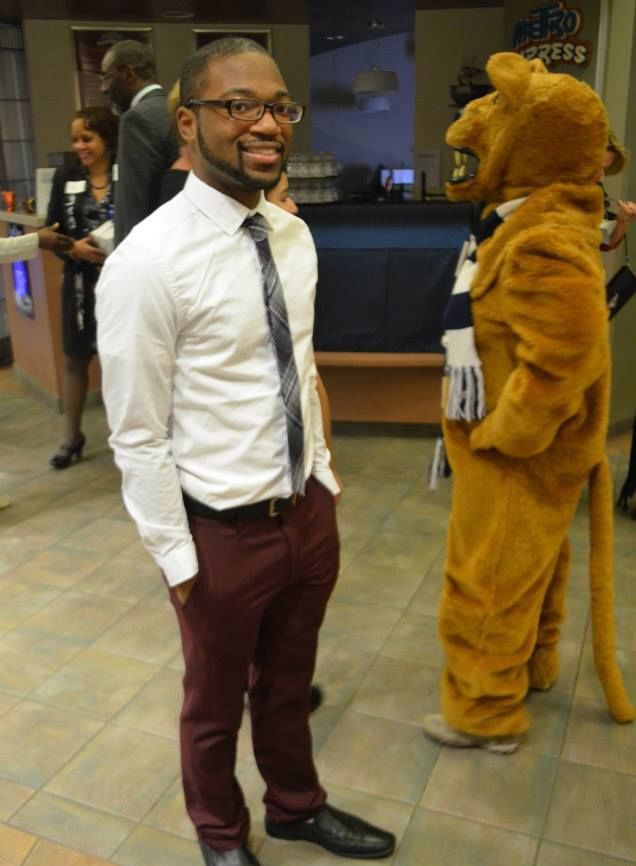 During his time at Greater Allegheny, Jaleel he was a resident assistant, THON chair and dancer. He also headed and participated in many other clubs and organizations including Blue & White Society, LGBTA, Residence Hall Council, and Student Government Association.  Jaleel majored in English and earned certificates in Africana Studies & Creative Writing. Both his student involvement and academic life continue to play a large role in what he does now as an alumnus.  Having a good understanding of student life and involvement he now works at Marymount University as a Student Conduct Coordinator. And, with his passion for writing and stories, he is now pursuing his MFA in Writing for the Screen and Stage at Point Park University. 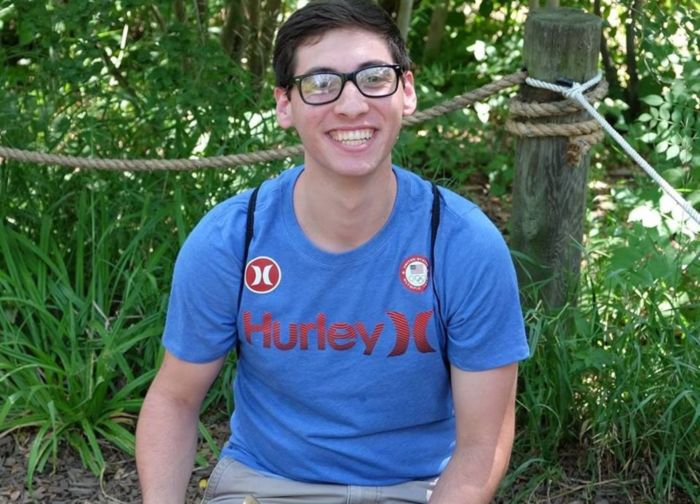 Matt graduated in 2015 with a bachelor of science degree in Information, Science & Technology (Integration & Application option.)  He completed all four years of his undergraduate degree at the Greater Allegheny campus.  Currently, Matt is employed at the global law firm K&L Gates in Pittsburgh as an HRIS (Human Resources Information Systems) Developer/Programmer.  Outside of work, Matt is a board member of the PSUGA Alumni Society, an active volunteer at his church, and a team captain on a local mixed bowling league. 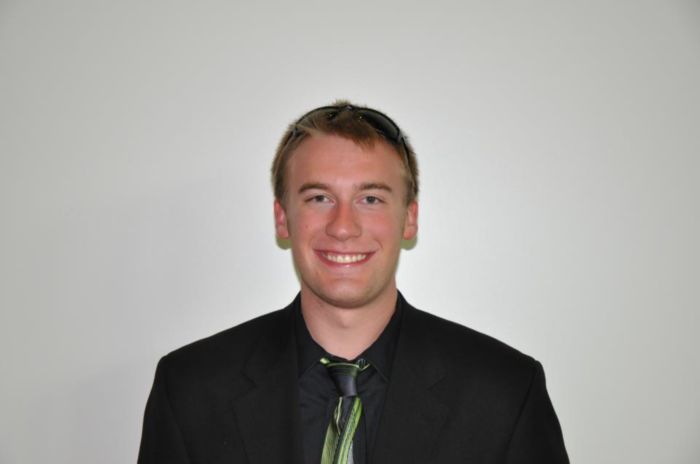 After spending his first two years at Greater Allegheny and his last two years at University Park, Ryan graduated in 2013 with a bachelor of science degree in Energy Engineering from the Penn State College of Earth and Mineral Science. While at Penn State Greater Allegheny, he was actively involved with Student Government, Lion Ambassadors, and THON. He is currently working at Sodexo in the Energy Services Division, helping to bring energy efficiency to commercial and industrial customers of FirstEnergy. 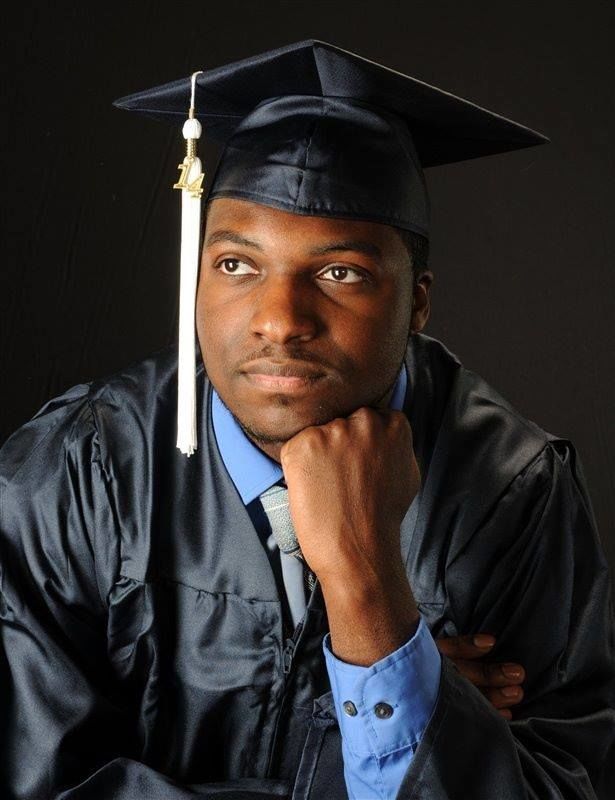 Jordan graduated from Penn State in May of 2014 with a bachelor of science degree in Information Sciences and Technology, and a minor in Security and Risk Analysis. Upon graduation, he accepted a position at General Motors as a software developer.  Jordan is from McKeesport and first attended Greater Allegheny as a Dual Enrollment student.

Jordan says, "During my time enrolled in the dual enrollment program I met wonderful people who were doing extraordinary things with their lives. My friends from the Penn State campus encouraged me to apply to Penn State, I did, and was accepted. They became my mentors in a lot of different aspects of my life. My time at Penn State was well spent."   During his two years at PSUGA, Jordan's favorite campus job was with the Penn State Educational Partnership Program (PEPP).  "I spent about 8 hours a week with middle school students helping them with homework after school, and I loved it. I was able to help underprivileged students learn and they saw me as a role model. One day when I retire from the IT industry I hope to go into education."

Matt graduated in 2011, majoring in Business Management and Marketing. He was the recipient of the University Faculty Award for Academic Excellence in Business, as well as the Eric A. and Josephine S. Walker Award for Scholarship and Leadership. Throughout his time at Penn State Greater Allegheny, he was involved in the Student Government Association, Lion Ambassadors, THON, and the University Faculty Senate. Matt completed an internship with UPMC as an Assistant Program Coordinator for the non-profit group Magee Womancare International, focusing on grant-based community outreach programs funded by the U.S. State Department and Environmental Protection Agency. 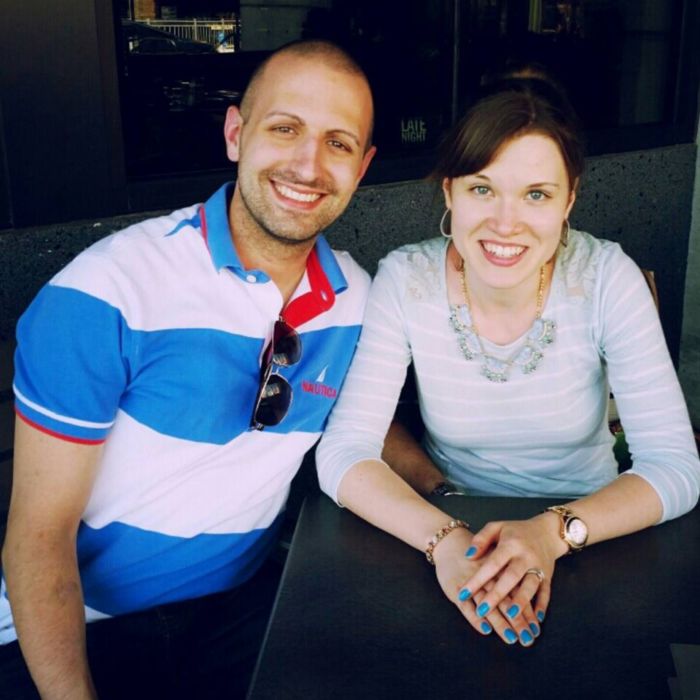 After graduation, Matt began his career with the Naval Nuclear Propulsion Program (NNPP) at Bechtel Plant Machinery Inc. (BPMI) as a Fleet Asset Analyst. During his time at BPMI, he was responsible for strategic logistical management and critical project consultation to support various fleet inventory needs.  Starting in November, he will continue his career with the NNPP as a Project Analyst at Bechtel Marine Propulsion Corporation.  Matt enjoys spending time with family and friends, including his wife Marie, who he met at Penn State Greater Allegheny.

Marie graduated in 2012 with a bachelor of science degree in Accounting and a minor in International Business. During her college career, she participated in Lion Ambassadors, THON, Beta Alpha Psi, and the Student Government Association. She was also a Schreyer Honors Scholar; her thesis focused on the relationship between faculty costs within higher education systems and their effects on student tuition.  Marie completed 3 internships, two in public accounting, one at a healthcare company, and served as the Student Sustainability Coordinator in the Penn State dining halls for three semesters. The highlights of her Penn State journey were her study abroad experiences, one in China and another in England.

Marie began her career with PwC in January 2013 in Global Mobility Services (GMS), a specialized tax group focused on assisting multi-national companies in developing tax-efficient and internationally tax compliant policies for their worldwide workforce. At the firm, she participates in the Women’s Affinity Network and is a board member of PwC Pittsburgh’s Earn Your Future committee. Recently, Marie began a recruiting rotation and currently splits her time between GMS and recruiting.

Marie met her husband, Matt, at a PSUGA scholarship luncheon when she was a high school senior. The two wed in June and are happy to still call Pittsburgh their home. 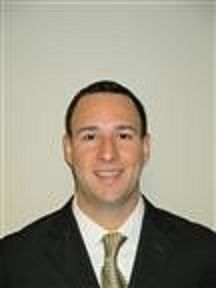 Jesús Torres was born in San Juan, Puerto Rico. He is a young professional who attended Penn State University and obtained a degree in Accounting and minored in Business Law, with a concentration in Finance. Jesús moved to North Huntington in January 2014 with his wife, who is a Pittsburgh native. He is a Senior Accountant at Baker Tilly’s Assurance department.  Jesús’ industry emphasis: Nonprofits, higher education, Uniform Guidelines compliance, privately held companies, senior living clients. He is part of Baker Tilly’s Supporting Opportunity, Advancement, and Recognition for all (SOAR) subcommittee with the vision of supporting the evolution of a diverse, inclusive workforce with opportunity for all team members to maximize their potential, create value and deliver to clients as a nationally recognized firm. In addition, Jesús is the treasurer of the Pittsburgh Metropolitan Area Hispanic Chamber of Commerce and part of the “Next Generation Council” formed by Vibrant Pittsburgh. Lastly, he was an active volunteer partner in the public-private “Hola Pittsburgh!” and part of the Welcoming Pittsburgh Advisory Council formed by Mayor Peduto. 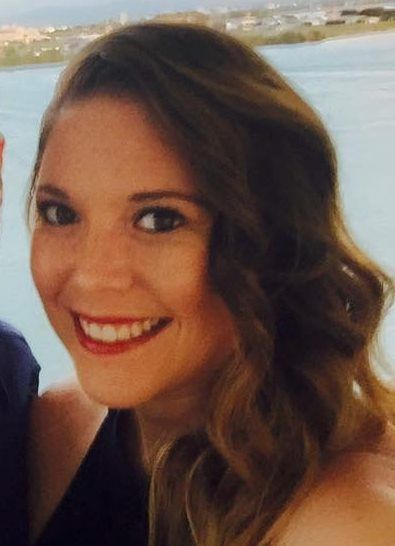 Elizabeth Torres was raised in North Huntingdon, PA. She attended Penn State University and graduated in 2011 with a degree in Business Management. Elizabeth moved to Washington, D.C. after graduating and started to work as a government contractor working with the U.S. Coast Guard in the contract management field. After living in D.C. for a few years, she moved back to the Pittsburgh area and continues to work for the Coast Guard from her home office. In 2014 Elizabeth started a bookkeeping business to complete the books, payroll, and tax prep for small businesses in the Pittsburgh region. Elizabeth is involved in outside activities such as a drug prevention program called Reality Tour, as well as many networking groups.