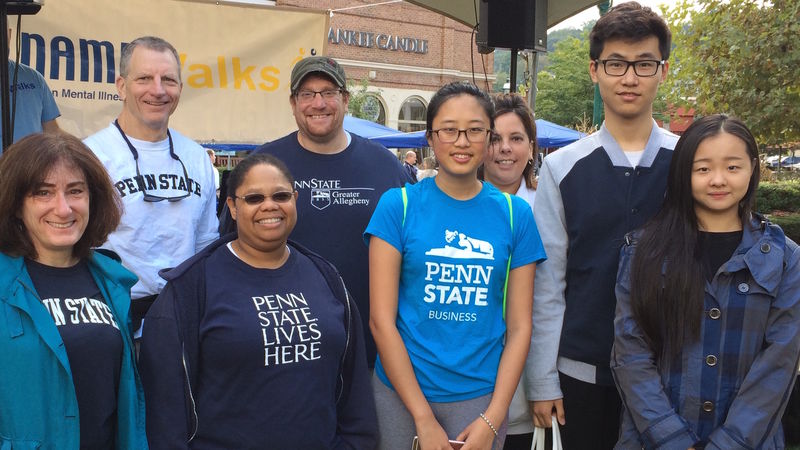 For the third year, students in the Psychological Association of Penn State Greater Allegheny Psych Club participated in the NAMIWalks Southwestern Pennsylvania event on October 2.  The 5K benefitting the National Alliance on Mental Illness (NAMI) was the first major club event of the 2016-2017 academic year.

NAMI is the nation’s largest grassroots mental health organization dedicated to building better lives for the millions of Americans affected by mental illness and their family members.  It relies on contributions and fundraising for its programs.  According to their website, the Southwestern PA event is NAMI’s largest and most successful mental health awareness and fundraising event in the country.  Previously, young adults from the organization have spoken to psychology classes at PSUGA about their experiences living with mental illness.

According to Elizabeth Mazur, club faculty advisor and associate professor of psychology, the walk has been a wonderful social time.  According to Mazur, “It is also very important for Penn State Greater Allegheny to publicly support an important local organization.”