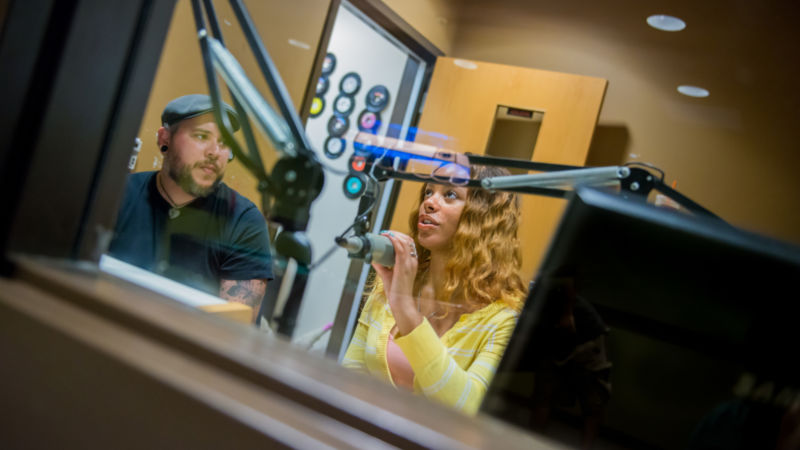 The sound of students and music is back. Penn State Greater Allegheny’s WMKP Radio was resurrected in late 2015 after years of silence and is now a fully operational streaming Internet station, broadcasting live at wmkpradio.org.

WMKP resumed a regular schedule of radio shows from noon to 6 p.m. every Monday through Friday.

The station is an independent, non-commercial student and community radio station that serves Penn State’s Greater Allegheny campus and the surrounding areas. It originally began in 1971 in a makeshift studio made from a simple desk that held equipment with repurposed microphones, used turntables, and egg cartons on the walls to enhance the acoustics. In 2006, a gift of $25,000 from James “Jay” M. Weitzel, Jr. ’74 allowed the campus to name the station booth in the Student Community Center in his honor.

"Students will develop leadership and other skills that will complement their classroom work."

Weitzel has fond memories of the days he spent at the station.“The professional equipment is a whole lot better than what we started with, so the station gives students a better introduction to the art of broadcasting,” Weitzel said, “And, as with any student-run organization, you hope that while they’re having fun, the students will develop leadership and other skills that will complement their classroom work.” 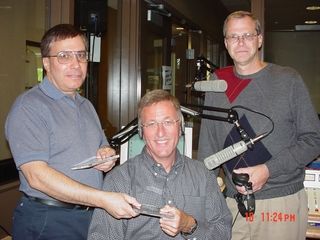 Rick Toretti (left), Jay Weitzel and Tom Lemak (right) spent many hours in the old radio station. They left a legacy so the music continues with a donation to rebuild WMKP for future dj's.

The current home for the radio station has gone way beyond egg cartons and vinyl records to provide a commercial-quality broadcast to listeners on the internet. The booth, overlooking the game room, provides an exciting space for DJs of the twenty-first century.

The campus is always looking for students to get involved with the station who have a passion for music and are interested in learning how to become DJs. One of the station’s hosts is Lauren Antosik, third year Corporate Communications major. She hosts the program Tea Time from noon to 2 p.m. on Mondays. “Being on the radio has helped students break out of their shell and explore their musical and radio interests,” she said.  “This is a huge opportunity for those who are interested in radio. It's a fantastic experience that I never even dreamed of. It has become a lot of fun!  I absolutely love the fact that I can customize my station and talk about whatever I want to talk about. That's the beauty of radio.” 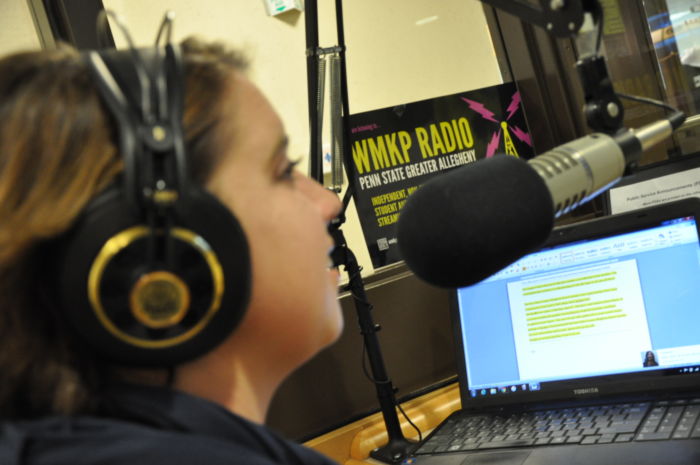 The station would also love to see some people involved who might be interested in developing public affairs programs focused on the region, as well as music or news shows hosted in languages other than English. “We are interested in students who are enthusiastic about radio, eager to learn, able to attend training sessions this winter, and willing to make a commitment to the station,” said Assistant Professor of Communications and WMKP General Manager Zack Furness.